We specialise in Inheritance Tax strategies and have been recognised for our work through various awards, such as Money Management Inheritance Tax Planner of the Year 2010. We regularly run Inheritance Tax seminars to assist clients with their understanding of inheritance tax, assess how much their potential tax bill would be and offer solutions to mitigate this where possible. 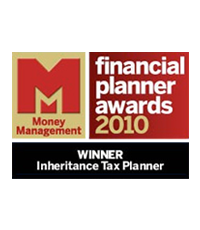 It seems a long time ago that Inheritance Tax (IHT) was forecast to largely disappear. It came up at the end of the 90s and again as a Conservative Party announcement in 2007, and then election promises in 2010 and 2015. However, with the state of the economy, the Conservatives failed to abolish it, instead making concessions for married couples and pension holders. After the election of April 2015, there was some minor tinkering for people who had Individual Saving Accounts (ISAs).

Major IHT rule changes occurred in October 2007, which we and our clients welcomed; spouses and civil partners were able to utilise unused allowances from the death of the first partner in the planning for (and at the time of) the second death. The rules are extremely complex and you should contact us for further information on this aspect, especially if you are already a widow / widower who may benefit from this, as the rules were backdated.

However, 2015 was a good year for IHT planning with the ability to use the new pension rules, ISAs and the ability for spouses and civil partners who owned a main property worth up to £1,000,000.

KEY POINT – with the new rules, there is now more of an incentive, not less, to ensure your planning is up to date and taking full account of all the various benefits.

There are many lifetime allowances and gift exemptions that can be utilised by an individual. There is also a range of ways to mitigate or reduce any tax liability, although the Exchequer is continually cutting back on methods that specialists like ourselves utilise. However, what they have taken away with one hand, they have given more with the other.

Pensions have become a fantastic planning tool for succession planning and inheritance tax avoidance. Even if you have an existing arrangement you should certainly consider reviewing it in light of the many changes over recent years.

Many factors need to be taken into account when considering an inheritance planning solution. If a client were given illegal or incorrect advice then their family may be liable to a substantial tax bill, so it is extremely important to ensure professional and appropriate advice is taken from an independent and fully qualified individual.
Please note that tax planning is not covered by regulation and does not come under the FCA, although of course, any investment advice will do.

How can we help?

We are specialists who, at any one time, work with other specialists to help our clients. We provide news for our clients online, as well as email bulletins, but we do not provide a free service. For more information about this and our occasional seminars please contact us.

When should I review my Inheritance Tax situation?

If you believe your family would have to pay an Estate Tax bill upon a relative’s death then it is worthwhile reviewing the situation as soon as possible. You may or may not need to action something immediately but, either way, you would be aware of the most tax efficient methods of saving money before you lose the opportunity. For example, one may consider using annual and gift allowances where possible because you will lose them if not utilised within a time period; you can only carry forward one year’s annual allowance, and previous unutilised ones would be lost.

Always seek professional advice from a qualified adviser to ensure you are using the most cost efficient method of Inheritance Tax planning.